I got to know RHCP late, in 2005, I was rather prejudiced against them, thought them a bunch of porkies of some kind, nevertheless I started listening to the album Californication, as the songs went by I found I quite liked them, there was a sort of sensuality in the voice that paired beautifully to a music sounding direct and ever slightly raw, creating an uncompairable style. Then at the end there was Road Trippin, it completely captured my attention, almost had me crying, so simple yet so deeply poetic. That song made me completely fall in love with RHCP, I understood then that whatever said and done, there had to be something more profound in somebody able to write such a song than what a superficial glance could catch. After I did some research and learned about the band and the member's stories and although I now possess the full discography and enjoy most of their work past and present, Californication is still the one I feel more intimate with. There is so much soul and sufference yet deep joy to be found again, in that album, I feel I can almost touch the feelings in it and often even make them my own. To me it is an absolute masterpiece.
Pubblicato da Frillye Freakalyllie a 22:21

Third and last episode on my short story

You can view the old episodes in the archive section.

Second episode on my short story.

A Heavy Eye On Space And Time 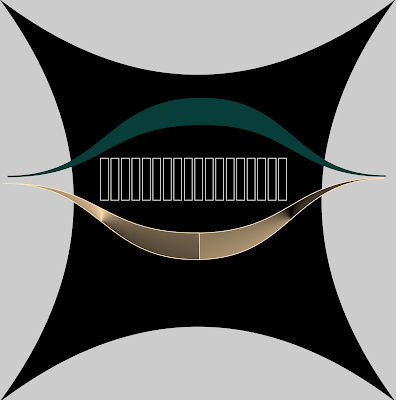 Email ThisBlogThis!Share to TwitterShare to FacebookShare to Pinterest
Etichette: a heavy eye on space and time, graphic, image, picture

I have spent a long long time only producing music, having abandoned meanwhile my writings through lack of spare time. Now I would like to return to writing a bit and to encourage myself I decided to publish weekly through this blog my short stories. There's nothing to them really, they are just short novels of love and adventure without any pretence. There is only an Italian version to them for the time being though.
The first one to be published is called "La Goccia Di Sangue" and it's divided into 3 parts.
Enjoy yourselves, or have a laugh or a good sleep...

Just to let you know Warped Cats new EP "Ok, this is the Popz!" is out, you can listen to the first song on myspace or reverbnation, you can download all songs by subscribing to www.theroughandthevelvet.com
Pubblicato da Frillye Freakalyllie a 17:55

Yesterday I saw Marco Paolini in Cesena, I like very much his way of making theatre; the show was called "Itis Galileo" and basically through the life of the great scientist it presented the problem of opening society to the idea of a scientific approach to the study of existance and phisics; its is beyond the conflict between science and religion, the church, I believe, here represents the symbol of power and stagnation, the will to implement certainty even without foundation and refuse investigation because it might be dangerous and generate a desire for change. The perspective given to the show was interesting, I did not always agree on the interpretation but overall it was very good, some parts were very amusing too and the way he manages to hold your attention for two hours without any interruption is simply amazing!
Pubblicato da Frillye Freakalyllie a 15:15

Clouds of war again darken our skies, it's another tragic day for humanity, again many will suffer to satisfy the interests of just a few but there will come a day when all of this will end, I'm sure it must come!
My heart and feelings are out with Libyan people, I hope their sacrifice will generate democracy and not another form of slavery.
Pubblicato da Frillye Freakalyllie a 22:32

Long due update on what is going on

I'm so busy I rarely have time to drop by this blog, which is wrong...
What's taking place? There's a new album by TRTV out there called Sounds. In Life And Death Of These Derelict Souls, you can buy it on Itunes, Amazon or from the official website for just 1 euro, thus supporting also other projects by Frillye.
Warped Cats are recording the second EP, there's still quite a bit of work to be done but hopefully it will be ready by the end of spring.
All through last summer Frillye was present with a little store in Lido di Savio selling books and CDs, it will probably not be replied this summer because of other programs.
The next thing in the list is to organize an online TV channel for which I already have many ideas, the thing lacking is time, it's hard to do everything on one's own, a part from having to work and all the rest...
Also in its way the production of audiobooks covering all of Tanya's poetry production, a lenghty piece of work as it happens.
Many other things are there waiting, doesn't make sense to list them all, what I can say though is:

PLEASE SUPPORT ME WITH THESE PROJECTS
go to www.theroughandthevelvet.com and buy a subscription for just 1 euro, a little price that will help an artist a great deal.
Pubblicato da Frillye Freakalyllie a 15:38